Seville the capital of sweet Andalusia. This region is an autonomous community in southern Spain. Andalusia has eight Spanish provinces, of which Sevilla is the capital. This region is one of the most beautiful in Spain. Andalusia has a lot to offer with its varied landscapes, but you will also find its rich history, culture and folklore. This region is considered more traditional than others of Spain, you will be seduced by its charm. It is no longer a secret that this privileged destination has become for many French tourists their annual holiday. Some have already decided to live there. They love the combination of beach and culture that you will find easily here. Like Paris has the Eiffel Tower and London the Big Bang. Sevilla has several sites that you must see. In this text, I will try to help you to give a picture as complete as possible of tourism in Seville. 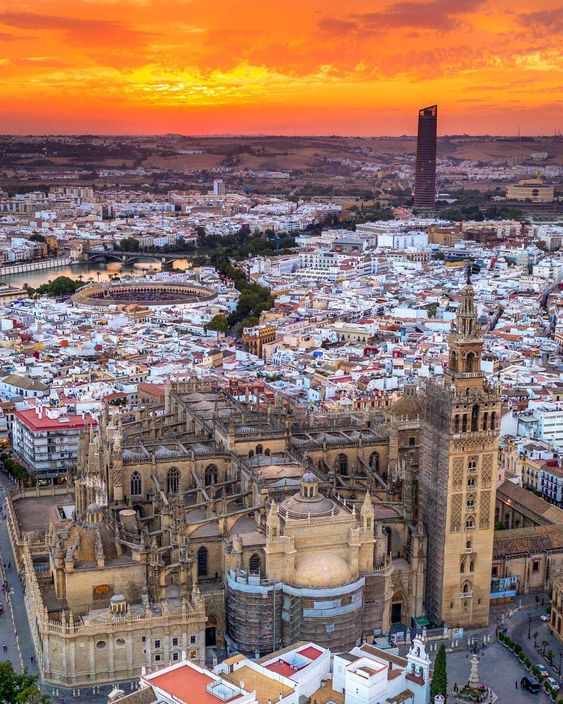 One of the most important buildings you should definitely visit is the Cathedral of Seville (Spanish: Catedral Santa Maria de la Sede). It is a Gothic temple with the largest surface of the world and it is on the UNESCO World Heritage list since 1987. According to tradition, construction began in 1401, although there is no Documentary evidence of the beginning of the works until 1433. It has a bell tower, the Giralda of the ancient Hispano-Moorish Almohad Mosque where the cathedral was built on its site. Another interesting fact is that the cathedral has the remains of Christopher Columbus and several kings of Castile. Right in front of the cathedral there is Seville’s Alcazar, also declared a World Heritage Site by UNESCO since 1987. It is a fortified palace built in Seville by the Umayyads of Spain and modified during and after the Muslim period. It is considered the most brilliant example of Mudejar architecture in Spain. Inside, you will find a beautiful interior of gardens and arches. 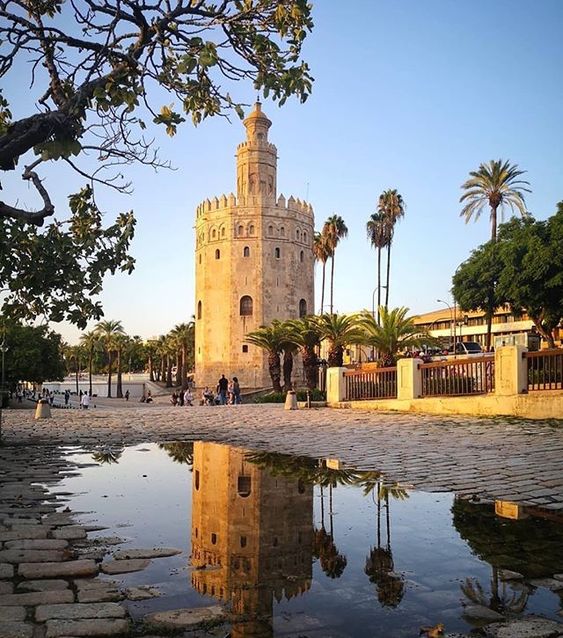 A few meters from the edge of the river Guadalquivir is the Golden Tower. It is a 36-meter military observation tower. It was built at the beginning of the XIII century during the Almohad domination to control the access to the city. Now there is a military museum inside and you can climb to the top to see a beautiful view of the Paseo Colon and the river. 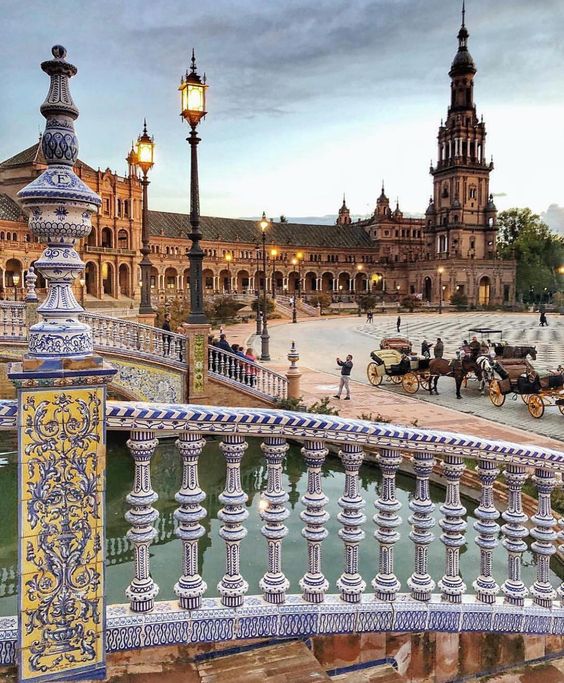 In the beautiful Maria Luisa Park are located the Spanish Steps. It is a well-known crescent-shaped place. This square was built in honor of the Ibero-American exhibition of 1929. It is an example of the architecture of regionalism, mixing elements of the Moorish Renaissance and Moorish styles of Spanish architecture. The designer of this square full of nicely decorated tiles is Aníbal González Álvarez.

The city has not only beautiful buildings and interesting museums, it is also known for its two holidays which have been declared celebrations of international tourist interest, namely the Holy Week processions and the traditional April Fair. The city is completely transformed for these festivals. If you are lucky enough to come in this period, I highly recommend it. The atmosphere you will find in these two holidays, will never be like the other months. The April Fair a 10-day festival celebrated after Easter and is appreciated by residents and visitors alike. Everyone wears traditional clothes, flamenco dancing and drinks the famous wines of Jerez. You will find a pleasant atmosphere and many colors and scents. 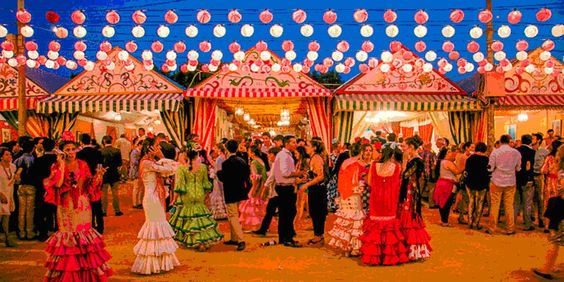 Holy Week is the week in Christianity from Palm Sunday to Silent Saturday. Seville may have the most extensive processions for Holy Week. She is best known for her procession of realistic painted wood carvings depicting individual scenes of the events that took place between Jesus’ entry into Jerusalem and his burial or images of the Virgin Mary showing the sorrow remaining for torture and murder on her son. 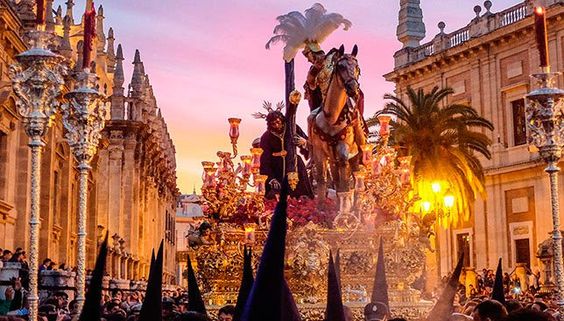