Different cultures have left the villages of Huelva with a beautiful and interesting historical and cultural heritage. Castles such as Cortegana, Niebla and Sanlúcar de Guadiana. Old churches such as Santiago Apóstol in Bollullos Par del Condado and El Salvador in Cortegana. The rural mosque in the town of Almonaster la Real. Carabelas Wharf in Palos de la Frontera.

The villages of Huelva boast an almost perfect combination of mountains and sea, nature and man. Enclaves of tourist interest due to the value of their environment, architecture, culture, customs and gastronomy.

Aracena (the capital of the region) has a historic centre full of monuments that lies at the foot of its former Almohad Castle and Priory Church of Nuestra Señora del Mayor Dolor.

Under the castle hill, we find the Cave of Wonders, one of the most interesting karst complexes in Spain, full of stalactites, stalagmites, eccentric cast and hides.

You can also visit the Quesería Monte Robledo and sign up for their cheese workshop, where you will learn to prepare a goat cheese with your own hands. 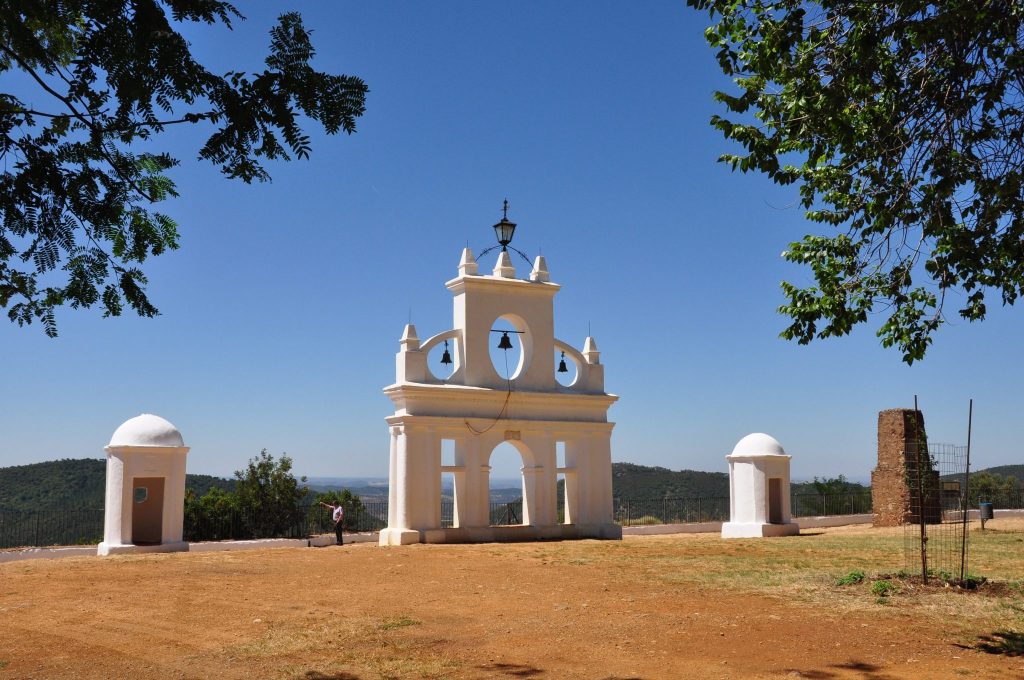 From Arab times, the old town of Alajar is a small village with quiet, narrow cobbled streets, which has preserved its popular houses with whitewashed walls and red roofs (sixteenth to eighteenth centuries). The most remarkable monument is the Church of San Marcos, of large and baroque style.

The village is built at the foot of the Peña de Arias Montano, a natural monument of great natural and historical value. It was a place of retreat and meditation for Benito Arias Montano, a theologian erudite and adviser of King Philip II, and one of the most influential intellectuals of his time. Located 700 meters above sea level, the Rock of Alájar is the balcony of the Sierra. On it we find the Nuestra Señora de los Angeles Shrine, an important Marian pilgrimage in Andalusia. 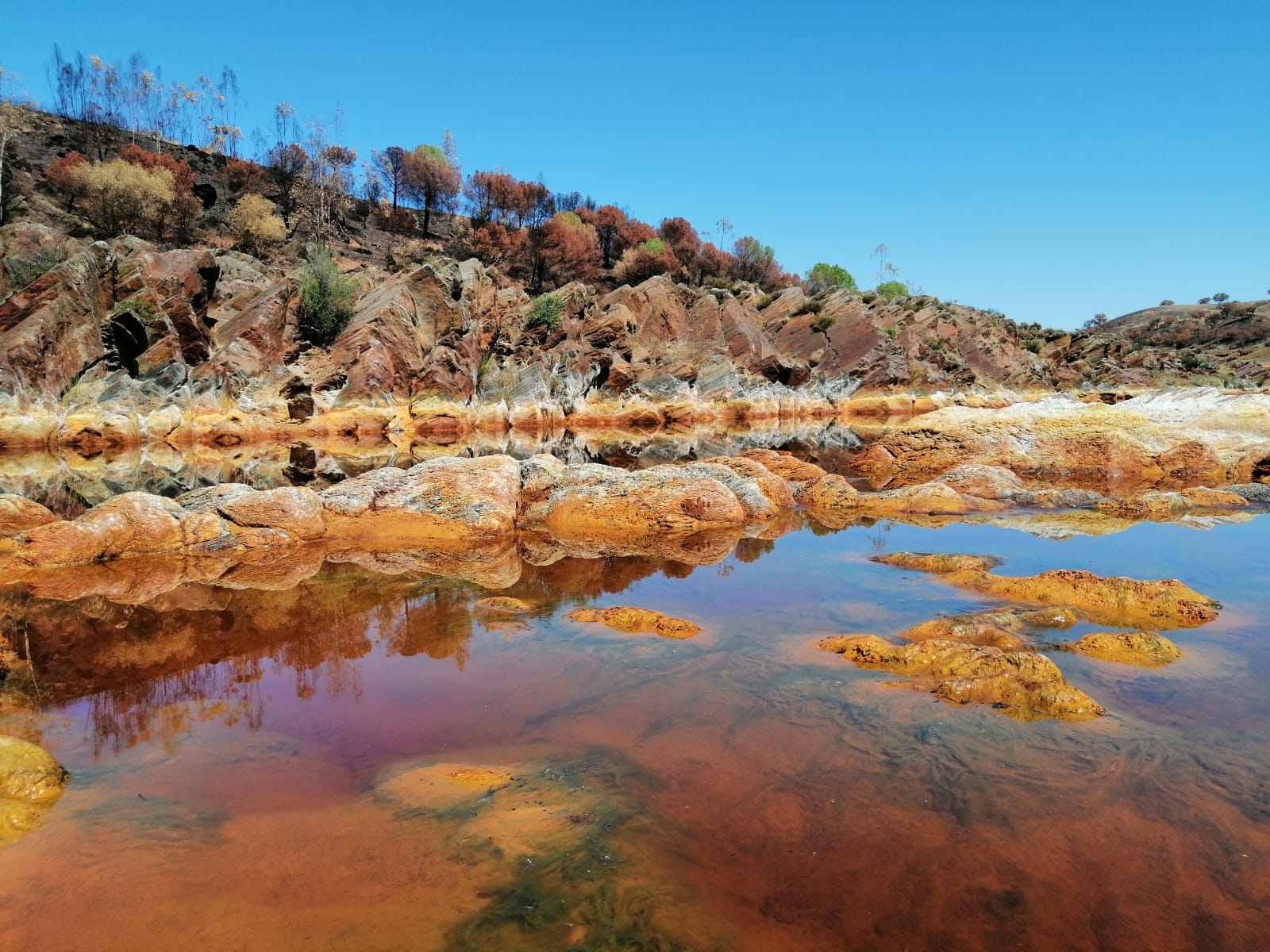 Over the centuries, mining activity has carved people, its culture and geography. Nowhere more than in Minas de Rio Tinto and its region can be considered an almost lunar landscape, a river of red water (Tinto) and the largest opencast mine across Europe, the Corta Atalaya. The mining heritage has ultimately become a tourist attraction, with guided tours, a museum and a train which runs through the history of the region. Between September and October, the traditional sheep shearing season takes place (taking its name from a bell), with songs in honour of the Virgen del Rosario. 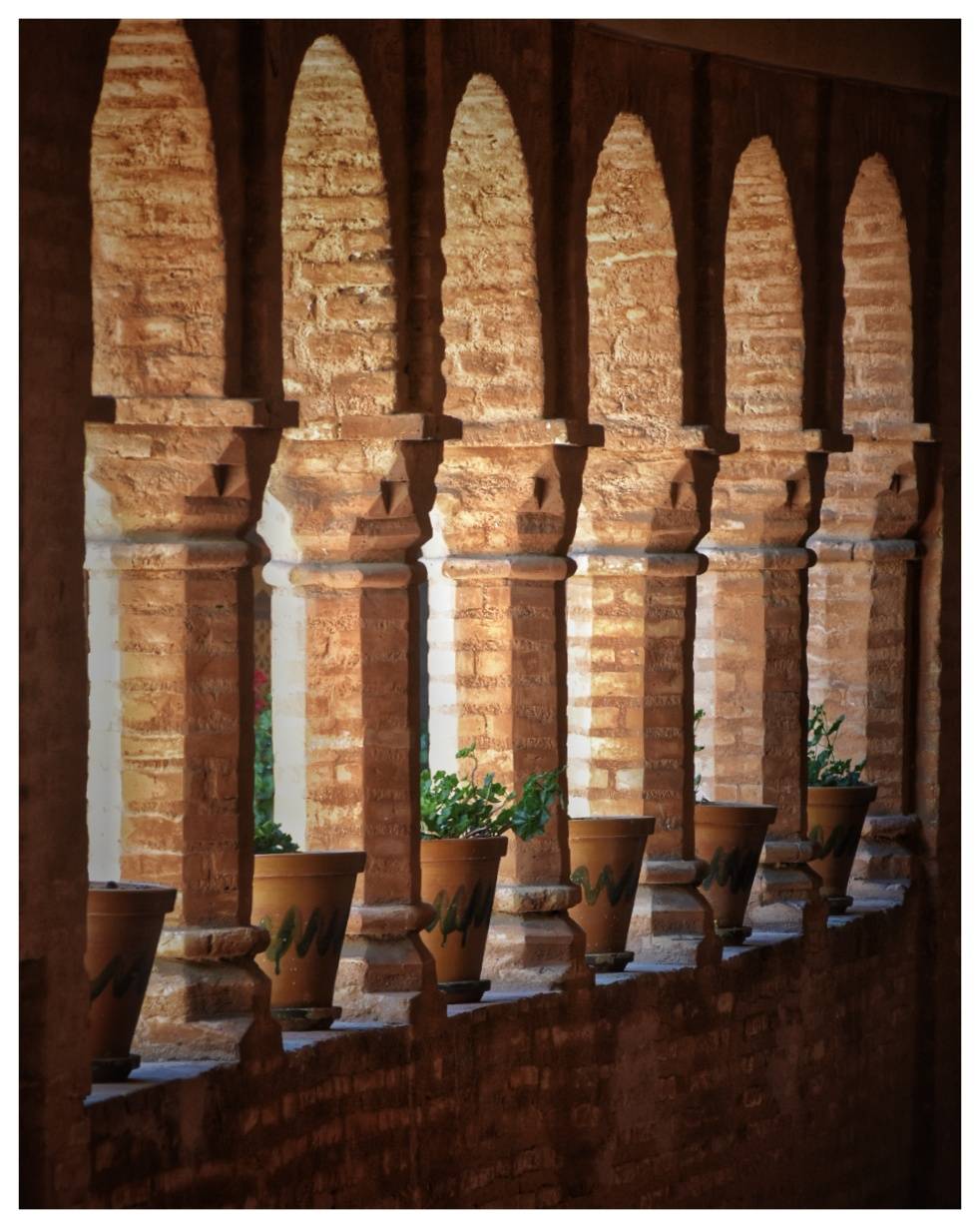 A mainly agricultural land where the brave men that accompanied Christopher Colombus were born, with the La Rábida Monastery as an icon of adventure. From the other side of Tinto in which the monument to the Admiral welcomes Huelva, the Muelle de las Carabelas speaks of history and the connections are the area to Colombus. Palos is famous for the high quality of its strawberries, present in the domestic and European markets, and its heritage culture, starting with the Fontanilla and the Church of San Jorge, setting for the presentation of the ships to Colombus. 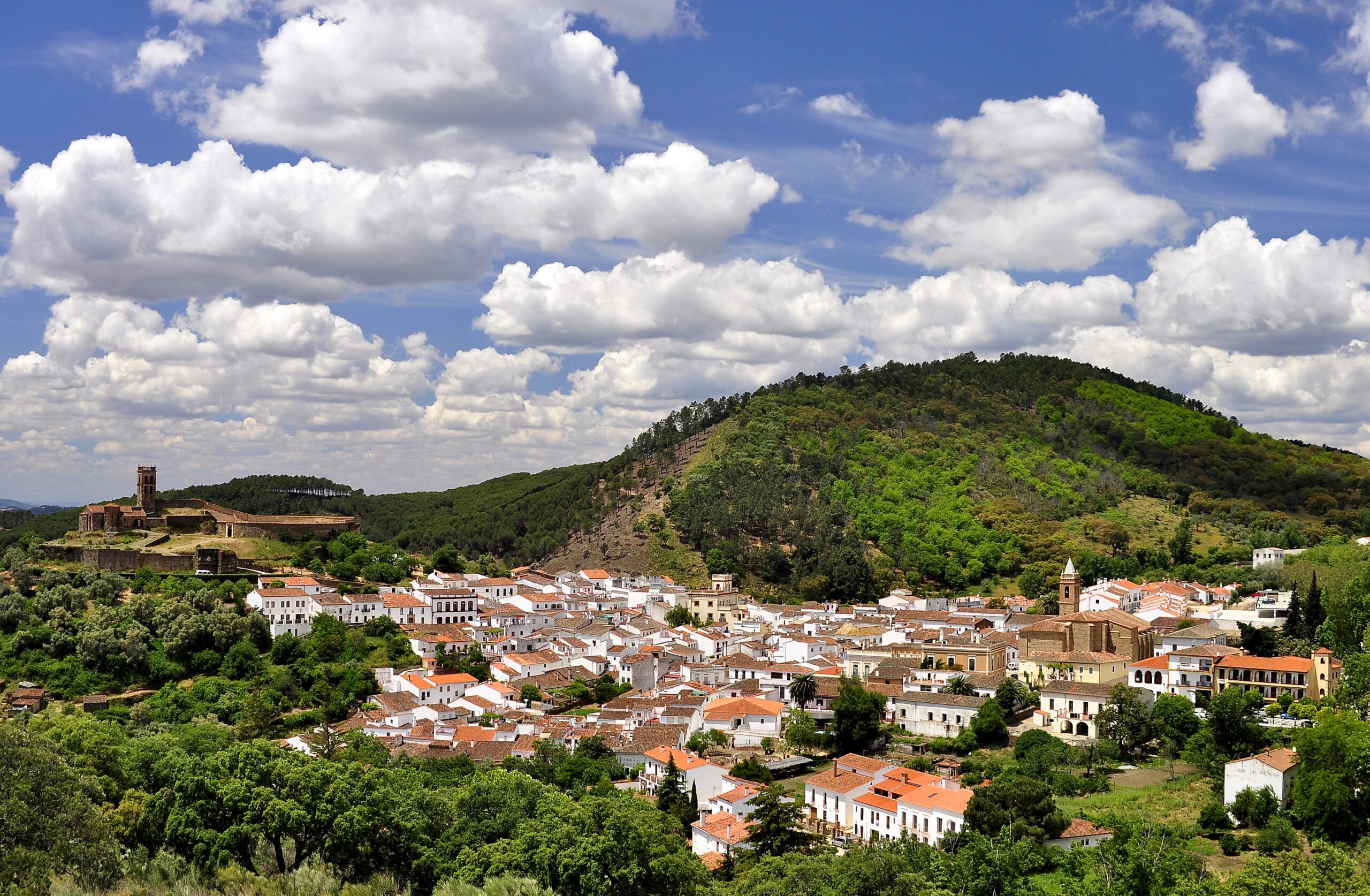 Almonaster La Real is an ancient town with a vast architectural heritage, the result of its long history. The wall and the castle date from the Arab period, which inside still keeps one of the few rural Islamic mosques that exist in Spain, as well as a chapel and a bullring.

Other places to visit are the San Martin Parish Church (Gothic-Moorish style) and the Hermitage of Santa Eulalia (located 20 Km from the city and declared a National Monument). Just outside the town is the Cerro de San Cristobal, where you can visit the highest vineyards in the area (917 meters) with which Bienteveo wine is made.

One of the main hallmarks of the town is its ethnological heritage, represented in its full calendar of festivals, its folklore and musical expressions, among which we find the fandango of Almonaster.

This small village in the municipality of Almonte becomes the centre of one of the largest pilgrimages in the world once a year. Devotees from around the world flock by thousands to El Rocío during the days before Whit Monday. During the rest of the year, the town welcomes all visitors who want to experience this beautiful and unique enclave in the marshes of Doñana and the centre of a passion that transcends religious and becomes, year after year, a real social event.