6 Reasons Why You Need to Visit Seville

By CultureTrip
Seville, the enchanting capital of Andalusia, has a reputation of being the most beautiful and romantic city in southern Spain – which, if you bear in mind the other cities competing, is quite a compliment. There are plenty of pressing reasons to go and see for yourself whether Seville is worthy of its precious public image, including the beautiful old neighbourhoods of Santa Cruz and Triana, the city’s historic bullring and its epic annual Feria.

The great English writer and Hispanophile Laurie Lee wrote that in Spain, “Seville is set apart like a mistress, pampered and adored. It is the heart of Andalusia, and of the Andalusians. The miner from Asturias and the fisherman from Cartagena, though never having set foot in it, will speak of the city with jealousy and love”. But why does it enjoy such a reputation? Yes, it is beautiful, romantic and steeped in rich Arabic and Christian history – but then so are Cordoba, Malaga and Granada (and many more Andalusian towns and cities besides). Only by visiting the “pampered and adored” capital of Andalusia can you start to grapple with this fascinating question yourself. 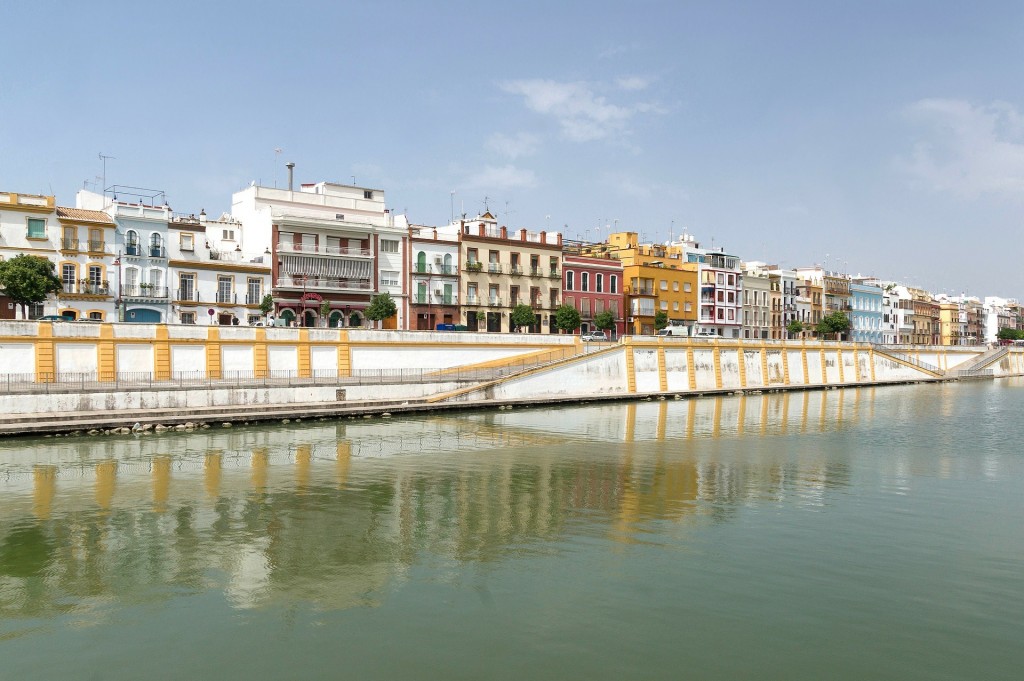 In Andalusia, few neighbourhoods are as steeped in romance and myth as Triana, the old gypsy quarter of Seville that sits across the Guadalquivir river from the city’s main tourist attractions. From its pretty streets have come some of the most influential flamenco artists and bullfighters of the last couple of centuries – including the legendary Juan Belmonte, whom many aficionados say was the greatest matador of the twentieth century. Its deep association with these two gypsy art forms is reflected in the wealth of old-style tapas bars, the walls of which are often plastered with old bullfighting posters and photos of flamenco artists. It is also known for lovely handmade ceramics, which attractively adorn the walls of its old, whitewashed houses.

Bullfighting and the Real Maestranza Bullring

Completed in 1881, Seville’s stately Real Maestranza bullring is among the oldest in Spain. It is also, along with the enormous Las Ventas in Madrid, the country’s most important arena – a fact which reflects the huge importance of bull-related culture to the Andalusian capital. It was in this understated and beautiful plaza that one of bullfighting’s greatest rivalries was played out in the early years of the 20th century, between Joselito and Belmonte – both Seville-born gypsies. Even if you don’t wish to see a bullfight in Seville, a tour of its historic bullring is well worth it. 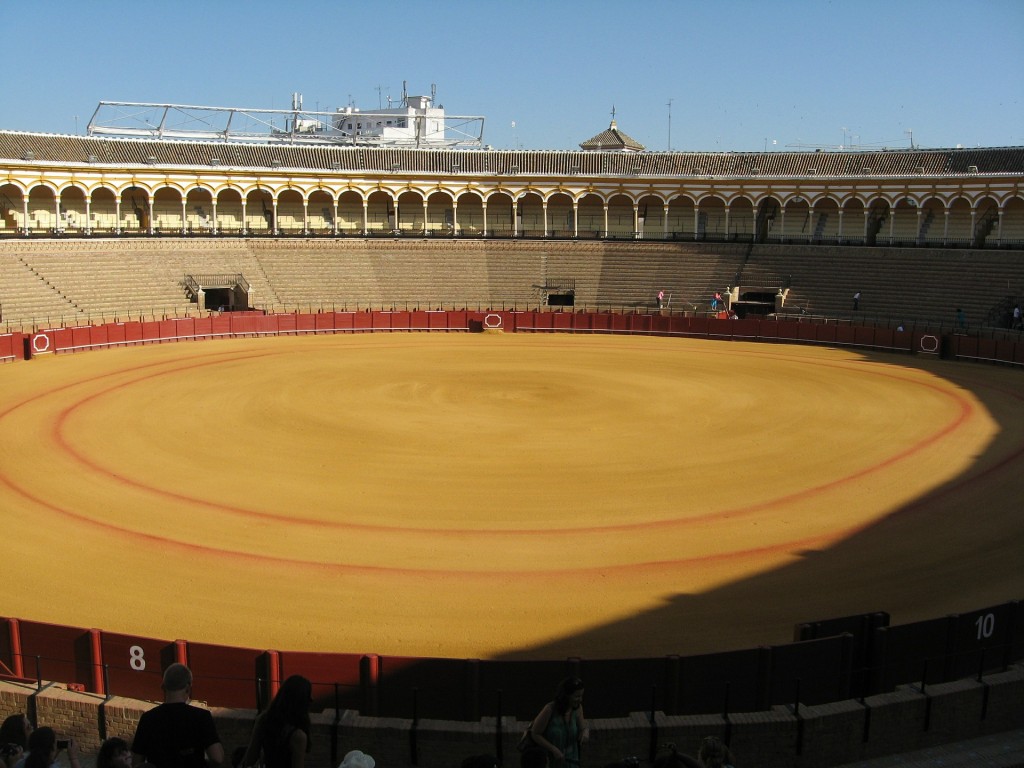 Surrounding the central plaza on which Seville’s mighty cathedral squats, is the charming old Jewish neighbourhood of Santa Cruz. This is the teeming heart of touristic Seville – the Moorish Alcazaba is also nearby – yet it has not lost the other-wordly, small-town ambiance that has defined it for centuries. In this maze of narrow cobbled streets are to be found some of the city’s best tapas bars and flamenco joints, but just to wander around Santa Cruz (which will almost guarantee getting lost if it’s your first time) is an experience in itself.

Perhaps because of an atavistic pride traceable to their home city’s “Golden Age” in the 16th and 17th centuries, Sevillanos have a reputation within Andalusia to match that of Seville itself. They are said by Andalusians of other regions to have a slightly haughty, almost arrogant manner, as being in thrall to a seldom-vocalised but always-present conviction that their city is, quite simply, the best in Andalusia. Contained within this rumour there is, of course, a degree of local rivalry that is largely impenetrable to outsiders – but you will see for yourself when you visit whether the locals are deserving of their reputation. 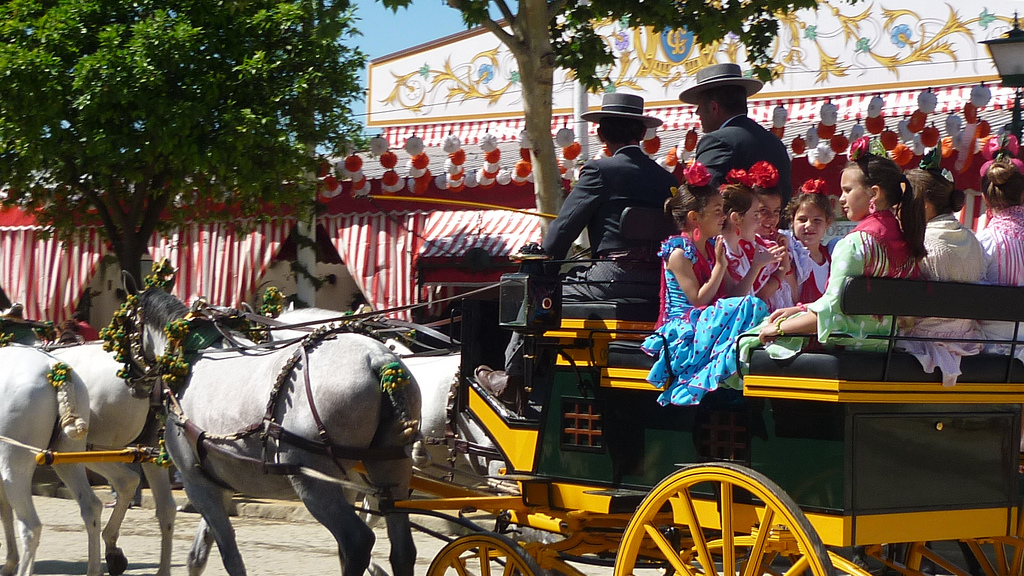 As befits a city with a larger-than-life reputation like Sevilles, its annual fiesta – the legendary Feria de Abril – is regarded, at least among the locals, as the biggest and most important party in Andalusia. It is in fact no more, or less, of an extravaganza than the fairs hosted by the region’s other main cities – which is to say, there is nothing quite like it anywhere in Spain. If you’re planning a visit to Andalusia in the spring, make sure you coincide your trip with the Feria de Abril. This huge fair has left its humble cattle-market beginnings long behind and its sanded fairground – or recinto – now hosts over 1,000 individual marquees every year. Book well in advance, though, as accommodation for this week-long blowout rapidly becomes very expensive.